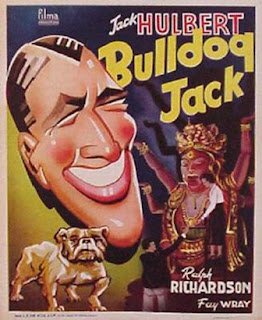 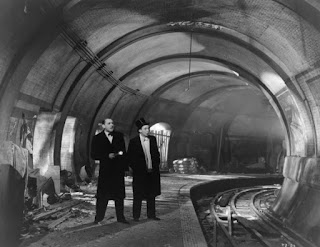 I've been watching a large number of Hammer and other classic British (and a few American) horror films recently, most of them online.  I may write more about these in a later post.  I was astonished by how many films are now freely available online (whatever the legal situation of them being there), many in very good quality versions - others are of a quality or in a format that is unwatchable and detrimental to the film.

I used Jonathan Rigby's English Gothic as my guide, and pretty readable and reliable it is - he was rather more effusive about some films than I would be, but that's his opinion and his area of interest/obsession.  The ones I enjoyed most (and they are easy to locate online) were: Tam Linn (The Devil's Window), Kiss of the Vampire, Captain Kronos Vampire Hunter, The Shout, Horror Express, The House That Dripped Blood and City of the Dead.  I enjoyed the much-derided Blood Beast Terror more than I should have, but Cry of the Banshee, set in the 17th century, disappointingly didn't actually feature a banshee at all and included a witch screaming to reveal a mouth full of fillings and Sally Geeson being shot with a gun probably last seen in the hands of Billy the Kid.  This being the early 1970s, no opportunity is lost to expose the breasts of the female members of the cast.  (It does, however, feature opening credits by the young Terry Gilliam, which are better than the film itself).

Another film that I finally got to see was Bulldog Jack, previously hard to track down.   You can watch it here. As with the other film that I had written about in one of my books, without being able to actually see it at the time, The Ghosts of Oxford Street  (see earlier post) - what I had read about it and used for my research was not strictly accurate; it's always a problem having to rely on other people's accounts and reviews.

Bulldog Jack is a moderately entertaining adventure with Jack Hulbert, standing in for an injured Drummond (the James Bond of his period), attempting to thwart a gang of counterfeiters holed up in a disused underground station called Bloomsbury.  The impressive cast also features Fay Wray (of King Kong fame) as the damsel in distress and Ralph Richardson (looking like Henry Spencer of Eraserhead, with a moustache) as the criminal mastermind.  It's better than I was expecting and the final scene aboard a runaway tube train (probably not the first of its kind, certainly emulated many times since - one thinks of Speed for example) is pretty exciting.

The abandoned tube station, while obviously a set, is realistic and atmospheric and there is the inevitable walk along a tube tunnel to reach it, avoiding trains on the way.  One detail that I had repeated in Subterranean City and elsewhere, taken from books on abandoned stations, was that there was a secret entrance to the station in an opening mummy case in the British Museum, enabling the criminal gang to gain access to the treasures and replace some valuable jewels with copies.  Having seen the film it is clear that it is not a mummy at all, but the stone sarcophagus of a monarch, probably Elizabeth I, the lid of which rises up vertically on jacks.  Hulbert manages to get into the passage by jamming it with a conveniently placed  block of stone.

Horror films with memorable tube settings are: Creep, Death Line, American Werewolf in London and of course my all-time favourite Quatermass and the Pit.  Honourable mentions for conspiracy thriller Hidden City for its imaginative underground locations and the Dr Who story Web of Fear.