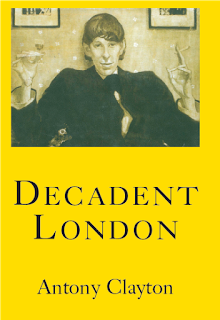 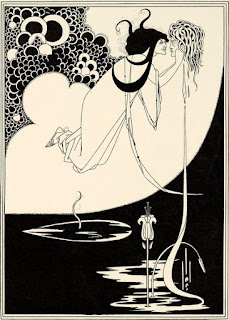 News about the revised and expanded edition of Decadent London.

It's now stocked by the following bookshops:

Tate Britain will be stocking Decadent London in their bookshop. As there is a major Aubrey Beardsley exhibition about to open this is wonderful news and I would hope that sales will be good if the book is prominently displayed.

It's the largest exhibition of Aubrey Beardsley drawings for 50 years and runs from 4 March to 25 May.  As well as his own distinctive works the exhibition includes artworks that were important inspirations for him including those by Edward Burne-Jones and Gustave Moreau.

More about the Beardsley show here.

Also a non-decadent talk about underground folklore of England