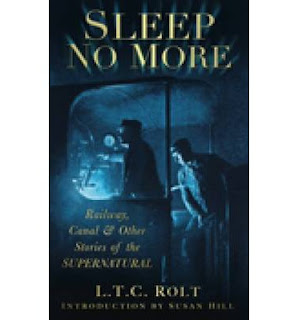 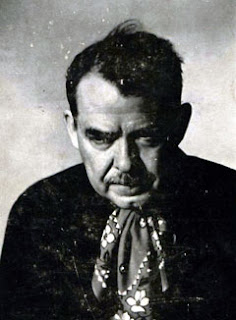 Sales of Netherwood have been encouraging and a number of people have also been buying Secret Tunnels of England: Folklore & Fact from The Big Cartel, so it's been a good year for Accumulator Press.  I now have to consider what I might publish (or republish) next year.

In the meantime, some of the books I've read over the last few weeks.

L T C Rolt Sleep No More A collection of ghost stories by a writer better known for his books on railways and engineering.  He is very good on description and atmosphere: the best example here is Hawley Bank Foundry, where he makes industrial archaeology suitably creepy.  More on him here.

Peter Biskind  Easy Riders, Raging Bulls  Hugely entertaining page-turner, about the glory years of 1970s Hollywood when the likes of Coppola, Spielberg, Scorcese, Altman and Lucas were creating their early (and mostly best) work.  Rarely have I read a book containing so many disclaimers (x has no recollection that this conversation took place, y says this incident never happened), hardly surprising given the extreme behaviour on display.  Interesting to read at a time of revelations of more recent Hollywood outrages, however despite the obligatory 1970s culture of patriarchy and sexism, a lot of the abuse detailed here is drug-related.  Also good on chronicling the careers of lesser-known filmmakers (these days) such as Bob Rafelson and Hal Ashby.  Much space is devoted to William (Exorcist) Friedkin who does not emerge well.  His legendary flop of the time Sorcerer has just been rereleased - now being treated as a lost masterpiece - I've bought it - review to follow at some point.

Marjorie Worthington  The Strange World of Willie Seabrook  (1966, Spurl reprint 2017)
Very interesting biography/autobiography of the journalist and writer William Seabrook, written by one of his wives, who travelled extensively and wrote a best-selling book about Haiti and Voodoo called The Magic Island (1929) which is supposed to have introduced the word 'zombie' (so popular in recent years) into western vocabulary.

An alcoholic who spent periods trying to dry out, he was obsessed with strange and intense S&M endurance rituals - not described in any detail in the book, but information can be found online - some of which were said to have been photographed by Man Ray.  A bizarre photograph from one of these sessions adorns the cover.  Also fascinated by occultism, he spent a short while in the company of Aleister Crowley (who was very uncomplimentary about him in his diaries when he learned of his suicide in 1945 - see Netherwood).  In many ways Seabrook seems to have lived a life similar to Crowley's - he is notorious for having indulged in cannibalism (AC was once described in a headline as 'A Cannibal At Large') although not in the circumstances described in his book Jungle Ways.  For more see here.  A graphic novel biography was also published this year, but Seabrook may still be a suitable subject for a lengthier biographical study.  A photo of Seabrook above.